Here is a report about the different seasons regarding wind and weather in Mallorca. Actually, more than about seasons as we know them, we have created this report according to the real time periods in which the wind and weather changes take place.

It is necessary to mention that due to global warming effects, this report could be sometimes not be 100 per cent accurate. The fact is that within the last years, we could say that what in Mallorca we may call “winter” is lasting longer than usual and switching to, “almost summer” in just few days.

Summers are being really hot. July bringing some days of surprising heat waves and, by end of August, from one day to the next, water temperature start to be “not so warm”. Thermals lately are failing right at the beginning of September, becoming too inconsistent, lasting barely one hour instead the 5 or 6 hours they used to last just one week earlier.

Autumn resulting lately quite windless and warmer than years before, due to, frequent high pressure areas which can camp over mainland Spain, insistently, for weeks.

In short: Best wind season regarding predictability: from April until end of August.

Before that, some storms alternating with calms, and from September on, mercilessly, end of thermals with some unexpected exceptions lasting – or not – until early October in which we can have wonderful warm clear blue days which will not bring any wind at all.

Wind and weather in Mallorca
January to April 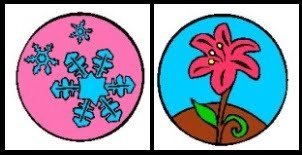 Air temperature expected goes between 5 and 12 C but from middle of March on, temperatures can reach 20 ° C.

Water temperatures are between 13 to 20 ° C.  There can be week long or even longer wind calms.

Weather changes very often depending on possible low pressure formations arriving from Atlantic through northwest mainland Spain, reaching the Balearic islands after a couple of days.

There’s always the possibility of rain or storms, sometimes even snow in the Tramuntana mountains.  Jan/Feb are the coldest months, also this period of the year is quite humid but can be slightly warmer around the middle of the day.

Wind and weather in Mallorca
April to mid-June

The days are sunny. May until early summer bring warm days, but still cool nights, sometimes 14 º C. It can occasionally be some rainy days.

The wind, at this time of the year is alternating from west or north or even northeast but most frequently thermals start to be a constant, starting at 11.00, often reaching 12-16 kts.  At about 17:00 the wind calms down.

Kitesurfers need long neoprene but sometimes a shorty can be enough.

From early July on the nights are so warm that outside nightlife can be enjoyed.

That period of the year bring thermal winds daily, sometimes lasting until up to 19.00 though at the end of August there may be some occasional storm from the northeast or south.

Wind and weather in Mallorca
September until end of October 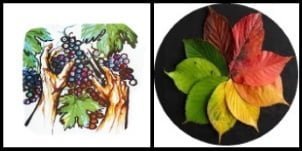 Possible storms from North or South. Thermal winds blow seldom to none.

Wind and weather in Mallorca
November and December

The days can be pleasant but sudden weather can get worse, generally turning North or West. Winds are mostly from South or Southwest. Maybe a storm from West, North or Northeast which can last even several days.

Some days can be rainy and cold, but only few days later weather could be nice again.

………………………………………………………
Please excuse us for the gramatical errors and the bad translation.
If you would like to participate and help us with our blog, feel free to contact us.
We will thank you very much for that.