A brief report about wind from West direction in Mallorca
In this case the report took place on the beach of Sa Marina in the bay of Pollensa, in the north of the island.

The west direction wind usually occurs in Winter, sometimes in Autumn but not often, and very common during early Spring.

This wind direction usually brings a certain drop in temperatures and this wind is generally strong and gusty, between 16 and up to 25 or more knots.

WEST WIND AND DIFFERENT KITE SPOTS
There are several kitesurfing spots in Mallorca where you can take advantage of this wind direction, taking into account the logical restrictions during the tourist season, which means that sailing is not allowed in the south of the island in the S’Arenal beach area, due to the agglomeration of people on this beach.

When this wind occurs in the middle of Autumn, Winter and at the beginning of Spring, since the inflow of people to the beaches is very little, it is possible to sail in S’Arenal, always keeping the maximum precautions to avoid any kind of accident.

If navigation is going to take place in the bay of Pollensa, the preferred area with the wind direction of the West is the Es Barcares area, since it is the one that would receive the best direction, which is lightly side-onshore wind from your left.

Keep in mind that this direction of wind has a very gusty effect and does not make the navigation too pleasant. Rainfall and storm cloudiness may also occur, therefore, in case of electrical phenomena, navigation it’s not recommended under these conditions.

ACTION BEACH ON A WEST WIND IN POLLENSA
Let’s see now, in the photos of this report, how several kiters on the beach of Sa Marina, enjoy their navigation and as one of them is too close to the beach, where he loses control caused by the great speed with which he sailed, which, fortunately, had not dire consequences.

All in all, and as it is a side-offside direction in Sa Marina and more cross-shore to almost a little side-on-shore if further towards Es Barcares, we must consider that a rise in wind can drag us to the beach closer than one would wish.

Similarly, being a gusty wind, it may be the case that the wind intensity decreases suddenly and if that happens in the long outward, this would entail the possibility of getting devente and derive of your course, getting downwinded towards the rocks, so it is not convenient to take risks and move away too far towards the center of the bay. 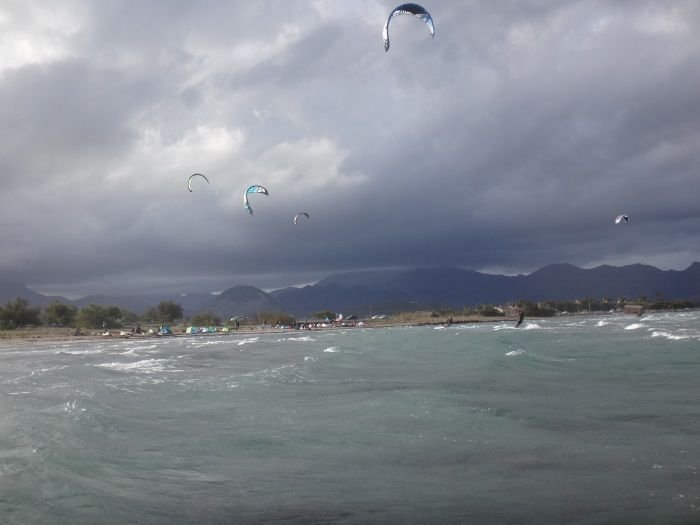 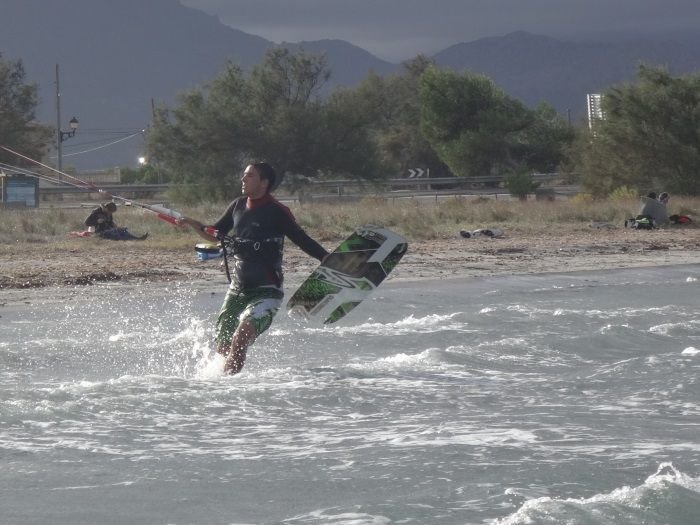 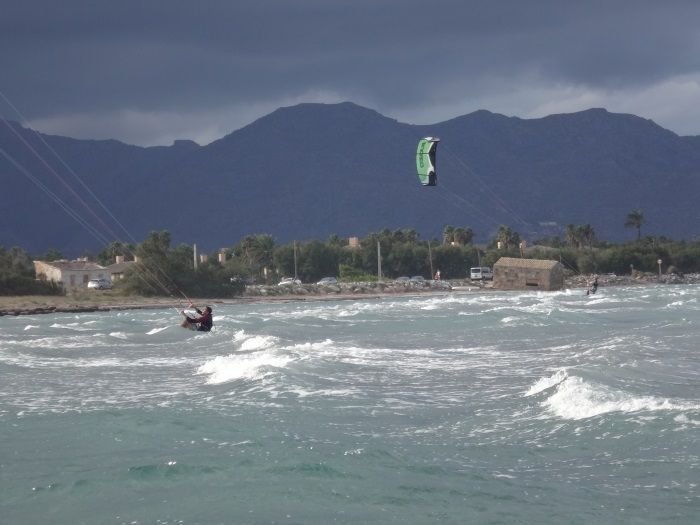 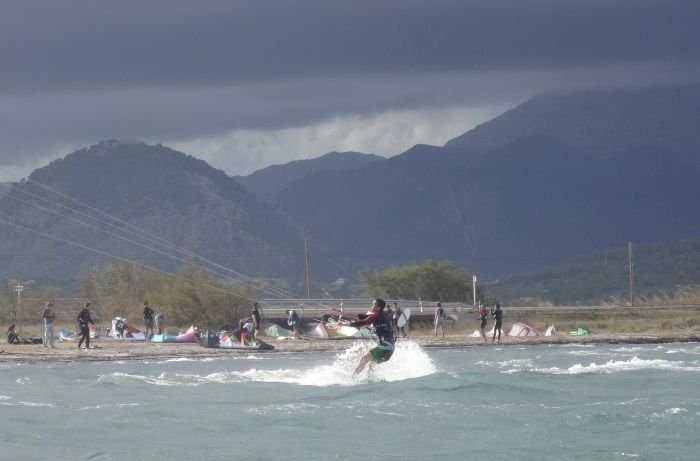 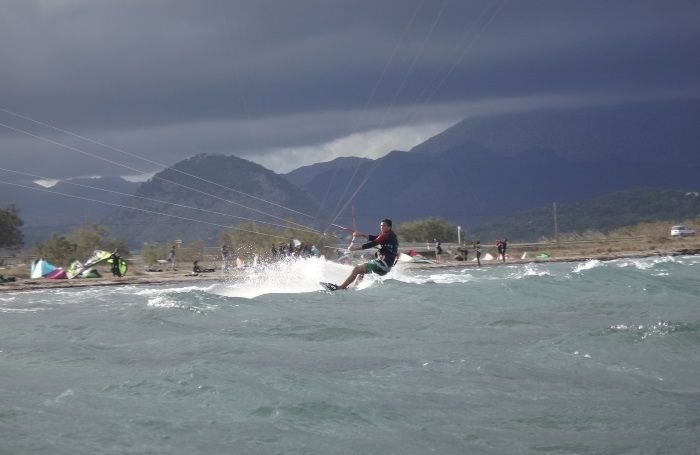 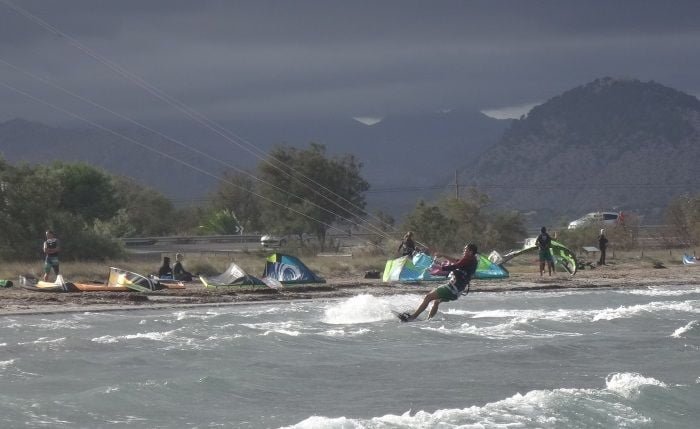 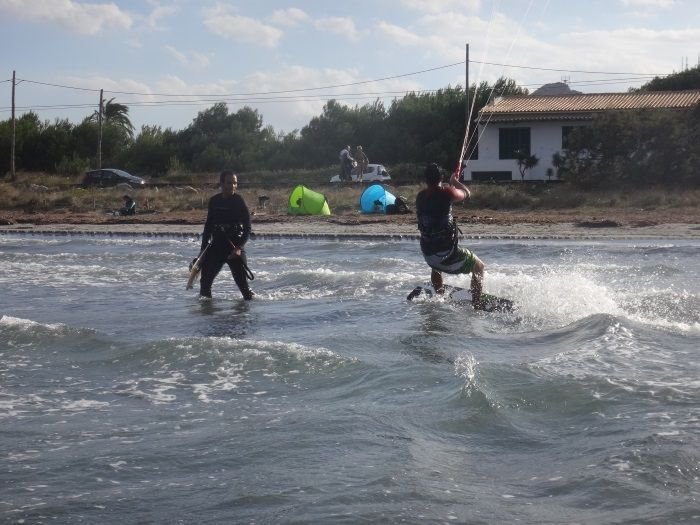 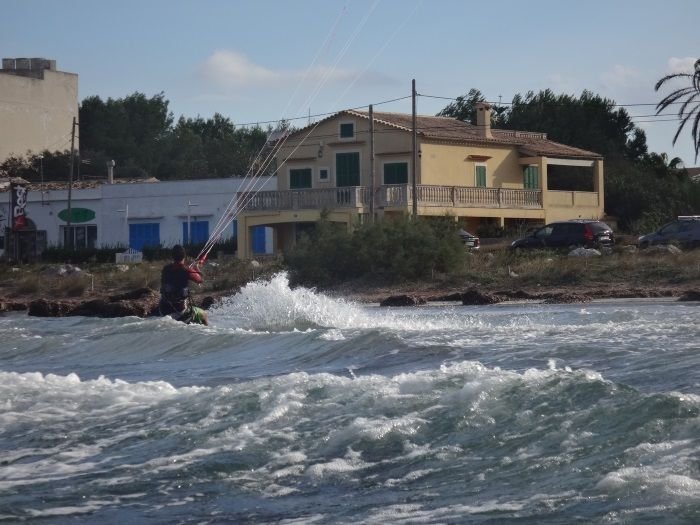 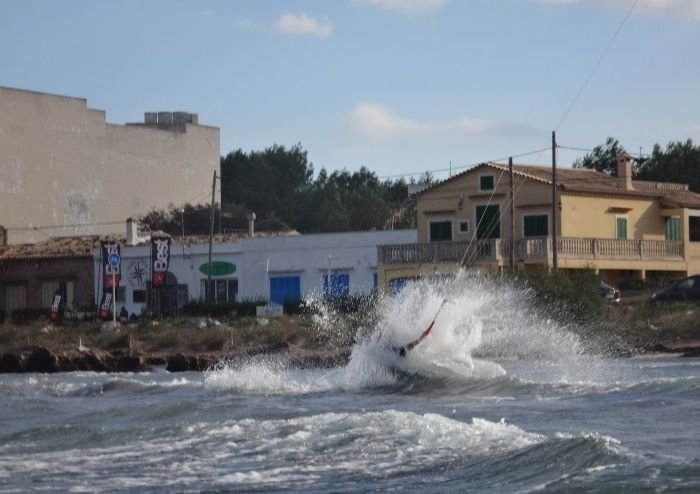 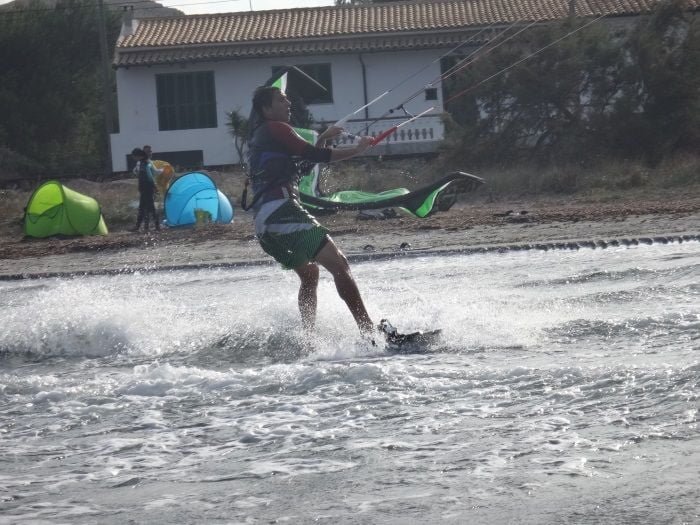 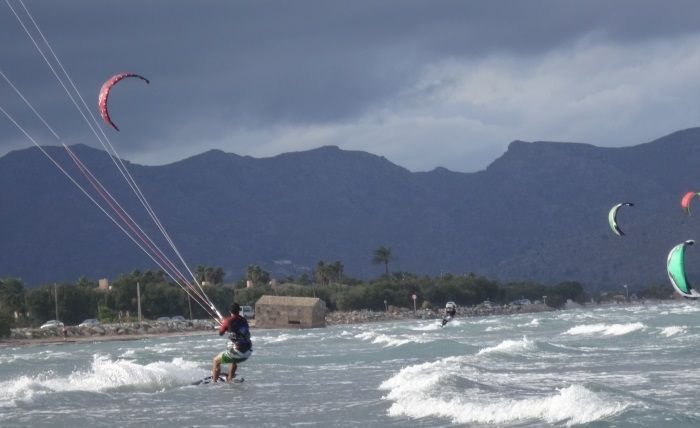 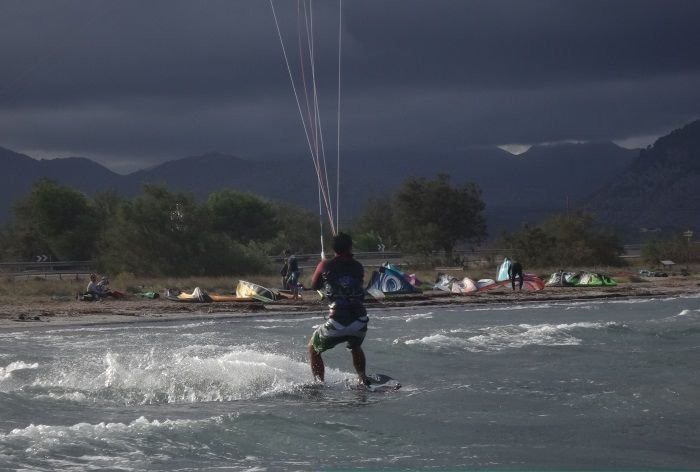 The direction of winds from West can also be navigable both in the area of ​​Es Trenc-Sa Rápita, right in the southern part of Mallorca island and also in the beach of Colonia Sant Jordi being better, cleaner and more stable the more to the southwest and worse in the areas oriented towards southeast since this would mean that on these beaches the West wind direction would be offshore, which would create shadows of wind or even wind drops.

It is also possible to kitesurf on the beach of Son Serra de Marina, the more towards of S’Estanyol, for being the further east of the Bay of Alcudia the more side onshore will be the wind coming from the direction of West. 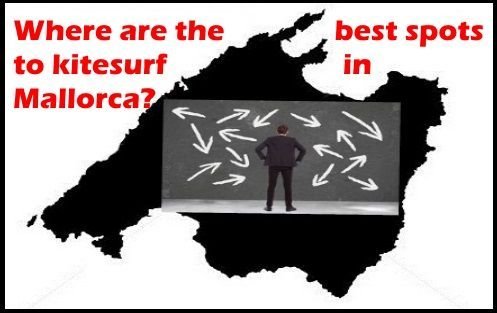