If there’s anything for sure in life is that … we don’t know what is going to happen within the next five minutes. A beach, a kite and an emergency.

An Airush 18 meters strutless – without ribs- tube kite.  A quite unusual visión among the numbers and variety of tube kites within daily basis on the bay, in fact.

The beach, a kite and an emergency

And there I was, relaxed … resting,  sitting on the beach after our kite lessons, when I see this strutless Airush tube kite with his kiter under it, presumably riding towards Puerto Pollensa.

Suddenly, the kiter stops riding and bring his kite up overhead, on the zenith, keeping it there 10, 20, 30 seconds. He has stop his ride and is not following with his navigation, perhaps something is happening to him?

I profit the chance to see with more interest the kite itself, I am watching the amazing profile and minimum flashover. Not many wrinkles, to be honest, no real flapping noticed on the fabric, the kite stands well up on the air, then, I wonder: How they have done to keep this good profile on a kite without struts?

Something weird is going on!

By then, I notice that something weird is it happening … I can see that the man, the kiter  is trying to reach the shore, apparently on distress as he is trying to run through the shallow water of the bay at that point

Run! run and catch it before is too late

The Olympics were over just the day before.  My sixth sense tells me: total disaster it is on its way, as if that thing falls on the road, barely 5 meters from the beach it could be catch by a car or bus and this could be a real tragedy.  I was already standing up because I was taking some photos of the kite with  my camera which as always was hanging from my neck. I  understood that something should  be done at once. And … there I was, trying to run the 100 mts -about 80, to be precise- as fast as possible.

I started running the faster I could, speeding towards the already fallen kite on the beach, which was momentarily laying on its right side and apparently ready to relaunch again and keep its trip towards the road next. By that time that  after I  covered the 80 meters that were separating me from the kite,  it had rolled merrily,  crossed the rope that separe the 4 mts broad beach from the 4 mts that the authorities of the S’Albufereta Nature park consider “protected area of dune rehabilitation” and had failed to hit the road the road just by a miracle.

Before the kite hits the road

The kite, which was gigantic by the way had laid sideways but upside down, supported against the few dry branches, pointy branch type  which are scattered inside the dune protected area, and, part of it leaning against the wood that delimits the “do not cross” from the road. I jumped across over the rope and  grabbed the kite for the best place possible and with much effort, carefully, I lifted up the kite, and I started to back off slowly while almost unsuccessfully try to gather some air back into my lungs, empty after the run while I slowly  deposited the kite in the sand.

I checked the man, who by then had reached the beach and was laying on his back with an absolute exhausted look.  He saw me by the first time and slowly  sats on the beach breathing as poorly as myself for what it seemed.He was a French guy on his sixties, a huge French, almost two meter tall and no less than 130 kilos, with a voluminous belly. What happened, for what he told me it was that his waist harness had rise up from his waist and cut his breath.

So before he lose consciousness and die without being able to breathe any longer, in what was a total severe respiratory distress and lack of air, he desperately approached as much as he could manage towards the beach and pulled the quick release because he felt he was about to die.

The guy was recomposing himself, he deflated the kite, roll it under his arm, took his board and his damned harness on his other hand and turned along the shore towards the part of the beach, one kilometer back, where he had started his ride.

Lesson learned, don’t use this “silly waist harness type” unless you are in the right shape for it to hold and not lose grip and get lifted until stops you breathing.

Few pics about the story 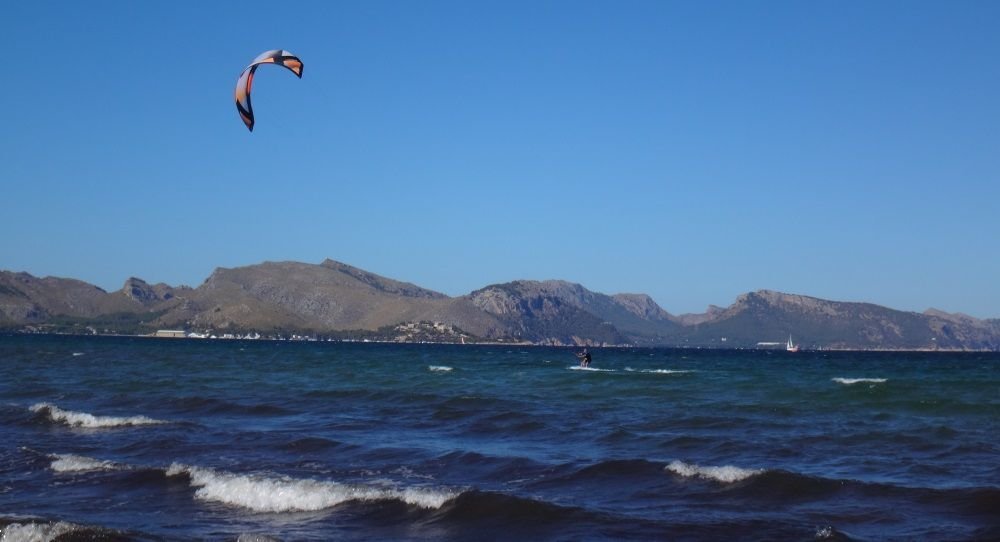