Situated on the southern part of Mallorca, in some especific periodes of the year it is possible to practice kitesurfing in Sa Rápita – Mallorca.

When the wind direction is South and Southwest, in the Bay of Pollensa, the kitesurfing navigation it is almost impossible because the wind comes side offshore or directly offshore. 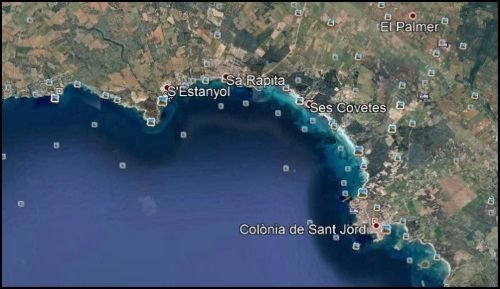 A good choice for the practice of kitesurfing in that case can be Sa Rapita beach, in the south of the island. 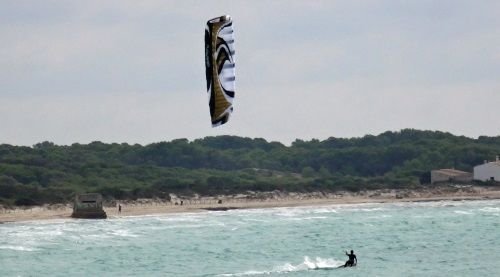 That report was photographed in mid November on a sunny day enjoying 17 degrees Celsius air temperature.

This day, not surprisingly that there were almost no others beach users on the beach of Sa Rapita that day. This fact allowed us to enjoy a great kitesurfing session without endangering anyone. 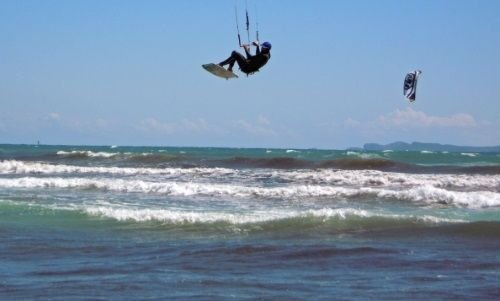 All kiters appearing in the photos are advanced kiters and members of the ASOCIACION APRENDE A NAVEGAR. 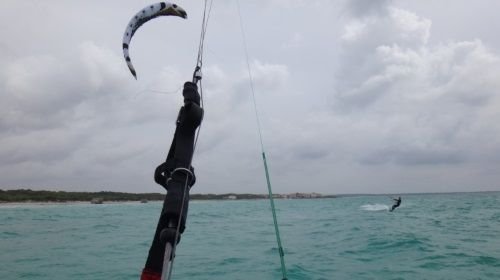 In occasions, some kiters by kitesurfing on a busy area may have the feeling that “it shouldn’t happen nothing wrong” but it is always preferable prevail the common sense. 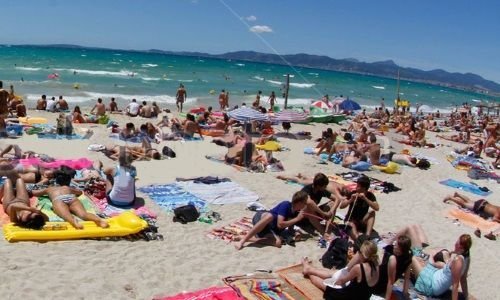 Avoid the kitesurfing navigation in Sa Rápita beach during tourist season and in times where there are other beach users, persons walking on the sand, sunbathing or swimming along the shore.

But it is good to remember that, if ignoring the fact that a busy beach doesn’t offer enough guarantees of a safe kite session, a sudden increase of the wind force or any other unexpected situation can lead to provoque an accident which may hurt you or hurt other beach users.

Apart from being absolutely reprehensible, this would provoque the prohibition of kitesurfing navigation in Mallorca by Marine authorities.

Let’s take that seriously, there is no possible excuse for putting other beach users and swimmers at risk … neither ourselves.

During our kitesurfing session in November we enjoyed the beach to ourselves, otherwise we would not take our practices there. 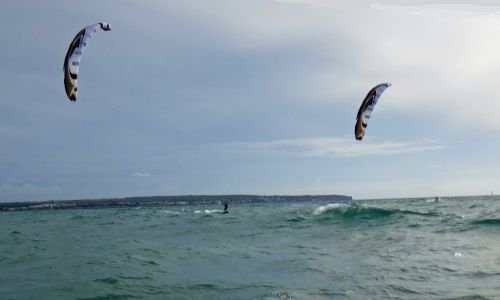 In some moments our kiteclub members enjoyed also some wave riding and jumps thanks to the waves that were breaking closer to the shore. 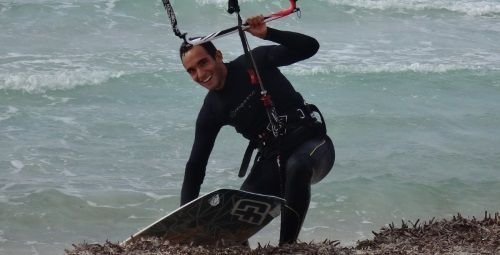 During the autumm and winter months from November and until mid April, the beach of Sa Rapita is rarely visited and most of days free from persons which may be put in danger if kiters are kitesurfing there.