This is an issue that the same name tells all about it: Definitely, you should not try that. Pulled by a boat with your tube kite.

I personally tried that once, but I was picked up, not too much. The idea was to see how it was.

It was in 2006, in my case, it was a jetsky not a boat that hauled me up and I was only about 6 feet tall, I let go of the rope and landed gently. Nothing has happened.
Although the whole thing was definitely not that easy.

It was the test repeat 7 or 8 times and the main problem was to optimize the speed of the jet ski with my navigation. In addition to bothering to take control with one hand the kite bar and the second hand on the rope that towed me off.

What I did was put the handle triangle at the end of the rope just hiding in my harness bar and start kitesurfing with both hands on the kite bar while the jet ski tried right my pace and not always in front of me was too much up the rope too tense.

At that moment, as I was still navigating with one hand on the ledge, to be more precise, my left and right hands began to let the jet-ski rope that was pulling me.

It was then when I had to pull out of the bar and start ascending.
In the beginning it was a real mess, because we had to synchronize all …
I had to leave the rope several times because it was pulling too much of mine, considering that in my case the rope was not as long as it was.

Pulled by a boat with your tube kite

The best time I went up then on the jet ski two colleagues sitting back to back, one of them looked at me and he said to the other guys: a little more power, not so fast, etc …

I saw a video from a similar test ten years ago in Florida near the famous Florida Keys long bridge. The kiter who tried it was pretty high, its quick release loop suddenly failed so the guy fell to the water from nearly 60 meters and went off spitting blood, but I think nothing serious happenned … (nothing serious, which I mean)

You should not try that

In this case, the record heard of the height being pulled by a boat is a young man named Jesse Richman, an American who lives in Maui and decided to try the tow kite in the Gorge River. 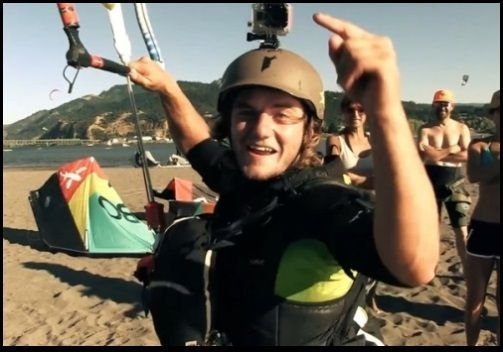 We see in the video of the event and in an interview he gives all information about the flight and the altitude. Imagine that his loop failed too!

Although a tube kite obviously has certain attributes of flight, but certainly they can not be compared to a foil kite.  A foilkite is a flying machine … and as seen on Parakite’s last blog it basically acts almost like a normal wing glider …

The other thing about the tube kite in the Gorge river experience…
He managed to somehow fly while he was landing from above thanks to his constant kiteloops in order to  minimized the fall and luckily for Jesse, nothing bad happened …
Although I guess he was carrying in front of him and under him, what did it look like … a parachute 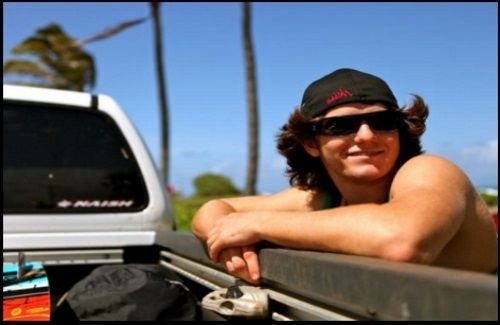 Some information about Mr. Richman, who in these times of economic crisis, we have to admit, that the young man has a describing name

And … the video here: